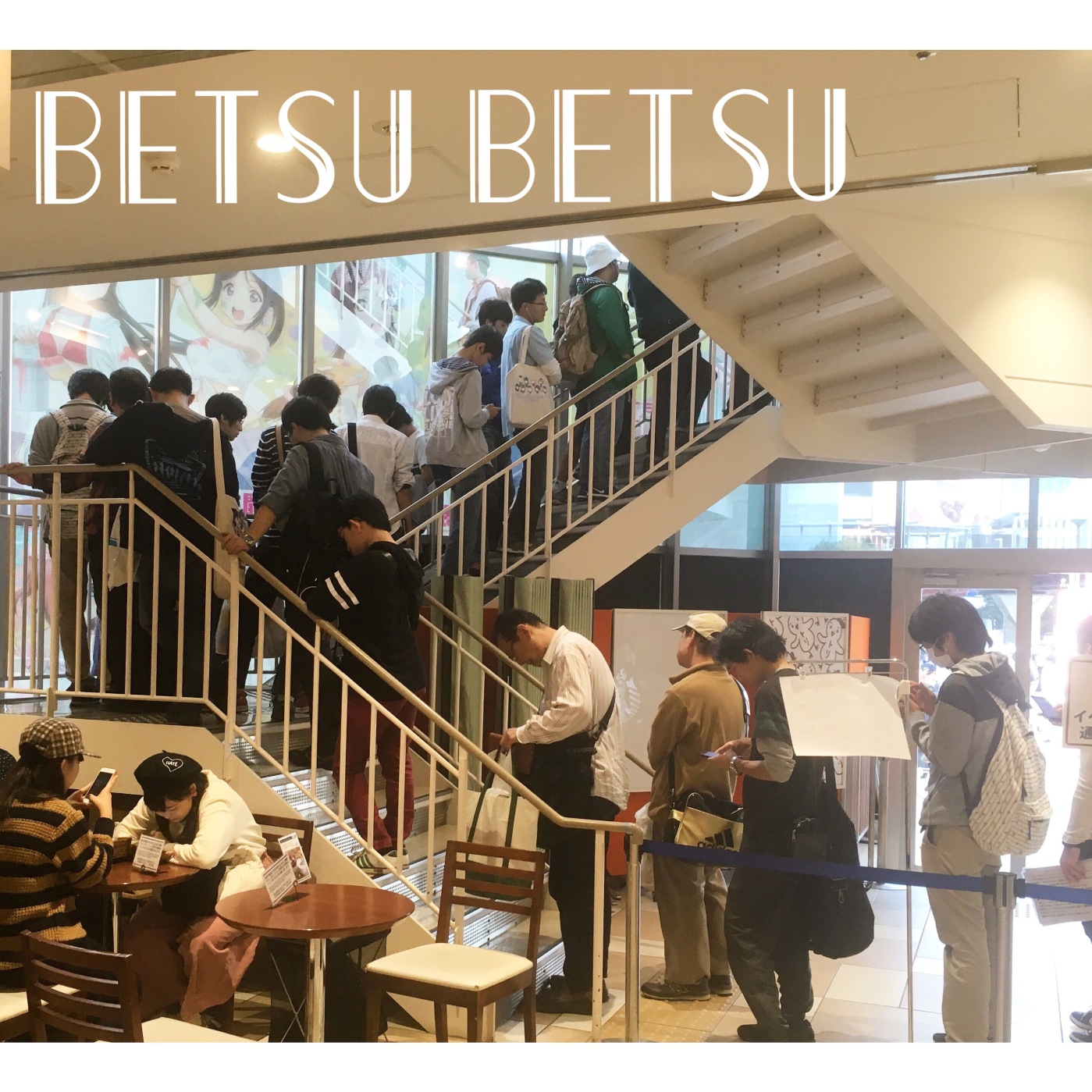 出る釘は打たれる。`The nail that sticks out must be hammered down.’  This blunt expression is one that lies at the basis of Japanese life and culture.  It is carefully and suggestively woven into society to the point where when questioned about its presence, most are oblivious or confounded by the notion.

I have queried the proverb with both Japanese colleagues and friends and each usually acknowledges the expression in an unassuming or humbled nature; neither denying nor commenting on the phrase with negative connotation.

Way of life in Japan is paired with enforced and unquestioned rules and regulations that detail each aspect of ones daily routines.  Both religion and culture play a part in this carefully set of unspoken lifestyle conditions.

Individuality and individualism as a concept is a strange and bewildering attribute that is subliminally suppressed by the masses as one goes about ones day.  I have borne witness to several incidences where the individual was publicly denoted as a rebel and was quickly forced to repress all spontaneity for fear of further shame.

In essence, people in Japan are taught from infancy that the needs of the group hugely outweigh that of the individual.  It is therefore intrinsically gleaned and practiced into adolescence and adulthood alike to the point where this trait has become common behaviour within social construct.

I have been visiting Japan regularly over the past twelve years and my initial reaction to the plethora of rules where rules simply don’t exist in the west was always that of humour and curiosity, but after living here for over a year, I seem to find my patience and common sense tested daily.  Simple yes/no questions extend into lengthy debates, basic requests to an individual enter hierarchical realms, and complete nonsensical actions are justified with “but it’s the rules.”

There are several situations and examples I observe everyday; some of which frustrate me like no other but most of which entertain me. I will therefore try to go through each in as much detail as possible.

The first instance of following-and-acting-with-the-masses has to be the excessive amount of queuing that takes place.  At first I thought that it was just part and parcel of living in Tokyo, but after travelling all over Japan, I have come to realise that it is in fact a custom in itself.  You will find people queuing for literally anything: a new food item that signs state is the best thing since sliced bread, an event of any kind, any kind of exclusive item, shop or arcade machine, a premiere to a movie, show or play, anything remotely famous or idol group related (don’t even get me started on idol groups!!), escalators or just a queue that looks exciting.  I have genuinely been standing in the street with friends in the past and people began lining up behind us, and playing the single rider game at any theme park is amazing because no-one wants to stand out and skip the entire queue only to ride alone.

Escalators are where people are at their worst. Going about life at a steady and easy pace seems to be the way of life here and so walking up an escalator is seen to represent someone rushing in an emergent fashion.  This has led way to the insanity and chaos at each train station and department store where hoards of people will stand blindly unaware of the masses around them all calmly awaiting their turn to ride the stairs to the top; only to gather around the tiny connecting floor leading to the next escalator, not realising that by collecting in said floor is limiting peoples ability to dismount the first escalator and so people begin piling up in a group that refuses to move forward or take action to solve the issue by simply walking onto the next escalator.  This then repeats itself at each floor of the train station or department store. Every time I witness this, a mini rage builds inside of me and each time I approach an escalator, I move swiftly into the righthand lane and walk up the space next to the snake of squished individuals riding patiently.  Of course, people stare at me blankly; confused as to why I have selected to walk instead of queue for five minutes then ride awkwardly to the top.  Naturally I’m always the first to the ticket gate and skip yet another pending line awaiting the masses.

The idea for this piece came from the term ベツベツ[betsu betsu] itself.  I first encountered this phrase at a restaurant when it came to paying the bill and a friend asked the waiter “Betsu betsu dekimasuka?” [Can we pay separately?].  What a useful term I thought and I added it to my ‘Useful Japanese’ file on my phone.  It would later occur to me that although betsu betsu is welcomed when paying (in some cases), the betsu betsu culture doesn’t really extend any further than this.  This really made me think about how things work back home in the U.K and how life there compares to here.  Individualism and separation from the masses is encouraged and embraced, yet there’s more social segregation and less of a community spirit back home.  Perhaps the lack of this in Japan does in fact subliminally aid and expand the feeling of unity, belonging and togetherness that takes place, and it is one that is ever present in that overwhelming feeling you experience when you first travel here. It’s a feeling that’s difficult to depict, yet it’s one of joy and it leaves you wanting more; quite like that unexplainable addictive pain synonymous of getting a tattoo.

The next example in my list of observations comes from witnessing instances where people are in need of help from others and do not receive it. It’s very difficult for me to ignore my instinct to help those in need, and to understand how people can lack such an important innate characteristic. The first example took place on the train whilst I was on my way to meet friends.  An elderly lady stepped on the carriage and in doing so, tripped and fell head first into the seats opposite.  Everyone on board just sat or stood there and stared at the poor woman.  I was about to stand up to help when the only other foreigner, a young twenty something lad beat me to her aid.  The woman initially refused assistance but after realising she was in more pain than she first thought, accepted the offer from the guy.  He struggled to help her stand and still onlookers continued to stare.  Eventually he offered her his own seat. The whole time I could not believe how obviously people were staring and yet ignoring the entire situation.  If this were to happen in the U.K, everyone would be rushing to assist where possible.

The second instance again involves an elderly lady on the train who was struggling to stand in the swaying and moving carriage. She was using a walking stick to steady herself but was still stumbling around in difficulty.  All this was happening next to the Priority Seats that are clearly labelled in Japanese, Chinese, English and in picture form, stating that these chairs are for the pregnant, ill and elderly.  Each seat was occupied by persons under the age of 30 playing on their phones or sleeping.  It made me so mad so I arose from my seat halfway down the carriage (leaving my bag in place to prevent any other vultures from grabbing it) and walked over to the woman to offer her my seat.  The look of shock on her face told me the this rarely happens and as she gratefully accepted my seat, the thanks and bows were plentiful. A few stops later a spare seat became available and she signalled for me to occupy it.  I in turn gratefully accepted the offer.

The third occurrence of this comes from a friends’ anecdote told to me recently.  It is one that takes place many years ago when they were on their way out in the morning. They arrived at a busy station and entered the packed train.  Whilst standing at the edge of the door, waiting for it to close, they slipped and fell through the gap between the platform and the train.  Shouting for help and hanging on for dear life, nobody came to their help and it took them all their strength to clamber onto the platform with bloodied knees and a shaken demeanour.  This story in particular shocked me because I could only imagine how frightful and helpless they must have felt and I cannot comprehend how people could just stand there and observe.

The final case is one that I have seen a few times, each time different but with the same results; a fight taking place, passers by stopping to watch and ultimately a foreigner stepping in to break things up.  The example I have chosen to depict comes from an article I read about a traveller in Japan.  It took place at the West Exit of Ikebukuro station. Two guys had entered a brawl and one was exceedingly larger than the other.  The latter ended up unconscious and bleeding on the floor with the former continuing to attack him at full force.  A crowd collected and encircled the pair whilst nobody called for help.  It took the foreign traveller to stop, drop his luggage, jump in between the two and shock the attacker for him to consider stopping.  Even after the police arrived to the scene and the traveller tried to offer his assistance, the police refused his help and sent him on his way.

This of course all stems from my own personal opinions and thoughts and I only seek to make light of these instances; offering a thrilling account of situations that have made me think and question life here.  There is also of course a wide expression of individualism found in Japanese culture, music, fashion and in particular in places like Harajuku and Shimo-Kitazawa where vintage and hipster shops line the labyrinthian streets, where men dress as women, and where girls don their favourite coloured contacts and wacky anime outfits.

I could speak for hours or write an entire novel on how amazing this country is and how its people are incredibly kind, thoughtful and welcoming.  This country will always be my home away from home and I will always cherish my time and memories here.  It is for this reason that I chose to write this critical piece to offer an insight into a part of Japan that perhaps people are unaware of, albeit in the extreme minority of cases.

Queues will always continue to annoy me; especially when they’re seen as a good sign rather than a deterrent, the ovine traits of some no longer frustrates me but amuses me, and I will forever sacrifice my seat on the train for the elderly because thats just the way of my inner British gentleman (which according to some people is another debate in itself!).

This is a text widget, which allows you to add text or HTML to your sidebar. You can use them to display text, links, images, HTML, or a combination of these. Edit them in the Widget section of the Customizer.